About Us > Our Team > Staff Missionary 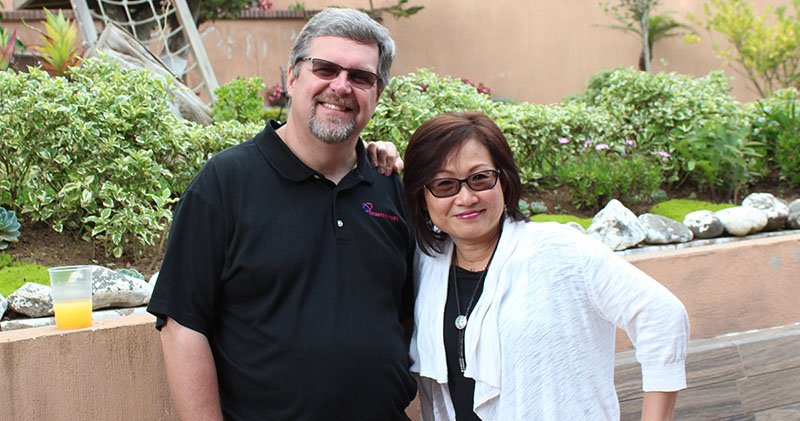 Jeff and Esther McClaran met in Hong Kong where Jeff was serving as a missionary with Hong Kong Youth For Christ. They were married in April, 1991 and have two children together: Nikki and Alex.

Esther was born in Hong Kong and immigrated to the U.S. when she was 26 years old. Jeff grew up in Kansas City, Missouri. He has heard God calling him to missions since he was 14 years old. Six years ago, he felt the call to return to the mission field and, shortly after, was reunited with an old friend from his Kansas City Youth For Christ days, Stan Nelson. In 2018, Jeff started helping Stan form a new unique ministry to help young girls who grew up as orphans in Guatemala, with little hope and vulnerable to human traffickers. It didn’t take long working together before they both felt God calling them to join forces. Esther immediately felt the call to go and work with these girls, as her heart broke over their situation and could relate to their need.

Jeff & Esther have served the Lord most of their lives.  While Jeff was a missionary in Hong Kong, Esther was the Chinese editor for Hong Kong Youth For Christ, where they met.  Before moving to Guatemala, Jeff was an Elder of their church for 10 years, serving as Treasurer, Church Administrator, Worship Leader, Small Group Leader and Preaching from time to time.  Esther was also a Church Pianist, Worship Leader, Women’s Leader and Small Group Leader. They are both fully surrendered to the Lord’s will and will go wherever He directs them, that is why their ministry site is called GodSaidGo.

Visit us on TwitterLinkedIn